Here is a round-up of today's proverbs and fables - and for previous posts, check out the Bestiaria Latina Blog archives.

Today is the start of the open course by Rob Reynolds and Stacy Zemke: Power of Connections. I'll be out of town this week (so no new Bestiaria until the weekend), but then I'll be joining in on this course and helping to facilitate Unit 4: The Power of Imagination in August. It's free and open to all; if you are looking for some inspiring teachers to work with to jumpstart your school year, Rob and Stacy are the best! Find out more at the Power of Connections site. 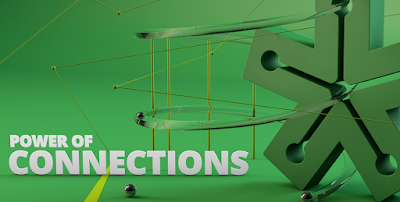 MYTHS and LEGENDS: The art image for today's legend shows Hecuba and Polymestor; you can also see the legends for the current week listed together here.

ANIMAL PROVERBS: Today's animal proverb is Ex auribus cognoscitur asinus (English: You recognize a donkey by the ears — an allusion to the famous Aesop's fable about the donkey in the lion skin who was betrayed by his ears pointing out from underneath).

POLYDORUS: Today's proverb from Polydorus is: Navigat usque ad Phasim (English: He's sailing all the way to the Phasis; The Phasis river, which flows from the Caucasus into the Black Sea, was at the easternmost limit of Greek geography).

PROPER NAME PROVERBS: Today's proper name proverb from Erasmus is Omnia sub unam Myconum (English: Everything buried under Mykonos alone; from Adagia 2.4.47. This refers to how Heracles buried the defeated Giants by throwing rocks on them and those rocks became the island of Mykonos; since those last Giants were of various shapes and sizes, the proverb refers to a hodge-podge of things being put into one place.).

And here are today's proverbial LOLcats:

Vultus imago animi.
The face is the portrait of the soul.

FABULAE FACILES: The fable from the Fabulae Faciles widget is Fortuna et Puer, a story about luck and personal responsibility (this fable has a vocabulary list).

MILLE FABULAE: The fable from the Mille Fabulae et Una widget is Rana et Bos, the story of a puffed-up and self-important frog.

Latin Sundials. Below you will find an image of a sundial, and for detailed information about the Latin motto see this blog post: TEMPUS EDAX RERUM. 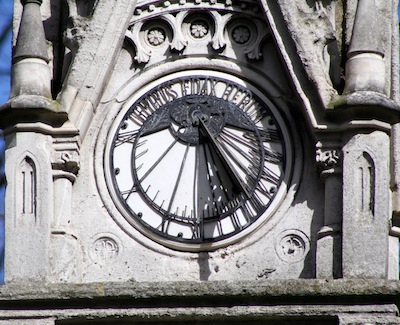