In honor of the "hinge" of the year turning, I thought I would re-publish an old post from last year in honor of the Roman god Ianus, who gives the month of January its name and whose two-headed depiction, looking backwards and forwards, is a wonderful visualization of the passage of time. To learn more about the two-faced Roman god Janus, see this Wikipedia article. You can also read a brief article in Latin about Ianus from John Hart's Epitome of Greek and Roman Mythology (written in Latin). Here is an image of Ianus from Cartari's famous 16th-century work, Le Imagini de gli Dei (you can read it online at GoogleBooks). 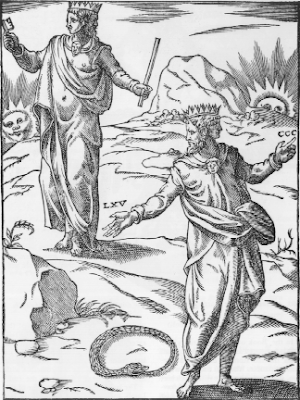 One of the emblems of Alciato is devoted to Ianus so that we might aspire to be as discerning as he is, looking prudently both ahead and behind.

This image comes from a 1621 edition of the emblems, and you can also read an English translation online. For help with the Latin, here is the poem presented in an easier-to-read format, with the word order rearranged (the word order in poetry often serves the sound more than the sense), and with the phrase segments clearly marked:

Below you can see some more images from other editions of Alciato's Emblemata: 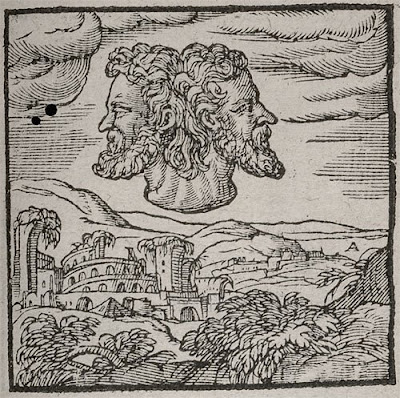 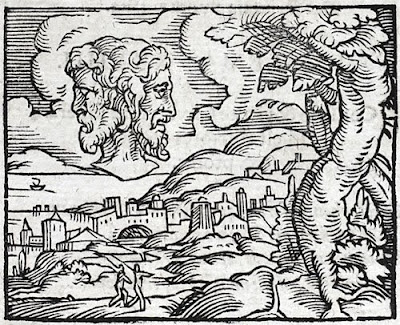 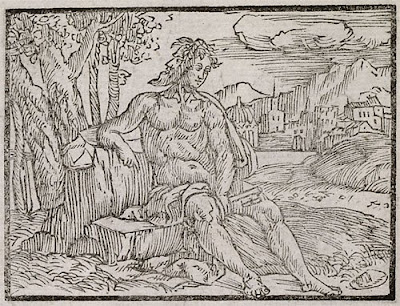 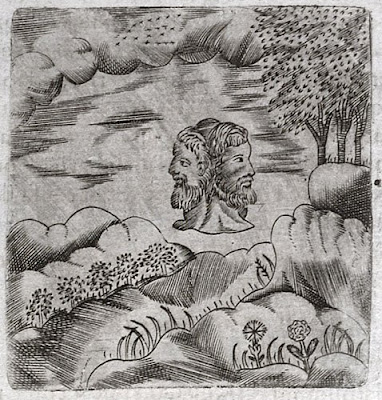 Thanks to Rose Williams for sending this image to add to the post - it's the cover for her book Gods and Other Creatures, illustrated by James Estes. 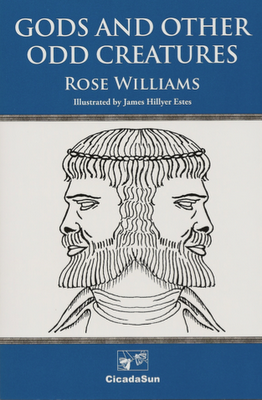