Here's a saying from Apostolius, C1.22, with a Latin version from Clavis Homerica. The image is from Wikipedia. Here are some more Apostolius proverbs.

You've got to respect a language like Greek which has a single word - Ἀγεωμέτρητος - to mean "without knowledge of geometry." I guess we could say in English: ungeometered. These words were famously the motto of Plato's own school; you can read more about that here at The Campus. The image is from a 14th-century French ms. and it shows a woman (the personification of geometry herself?) teaching math. What great details, too! 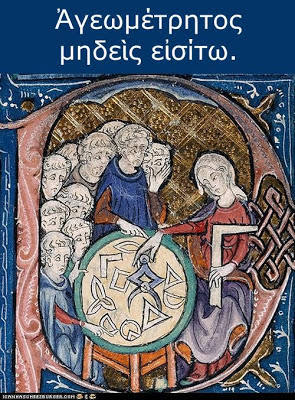 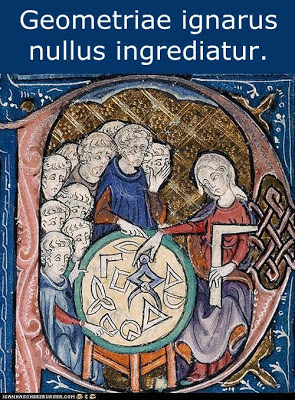 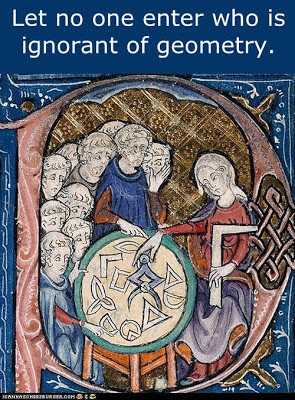