Here is a round-up of today's blog posts - and for previous posts, check out the Bestiaria Latina Blog archives. There are notices also at Twitter - look for Aesopus and AesopusEnglish.

ANECDOTE OF THE DAY: Today's anecdote is Leonidas, the famous story of the stalwart Spartans ready to fight, no matter how badly outnumbered, at Thermopylae.

FABULAE FACILES: The new easy-to-read fable is Leaena et Sus, a fable about quality, not quantity!

FABULAE FACILES WIDGET: The fable from the Fabulae Faciles widget is Iuppiter et Olitoris Asinus, the sad story of a hard-working and unfortunate donkey.

MILLE FABULAE: ILLUSTRATIONS: The fable from the Mille Fabulae et Una widget is Canis et Faber, a story about a dog's selective sense of attention!

Tiny Proverbs: Today's tiny proverb is: Iuventus ventus (English: Youth is wind... although the charm of the Latin is in the sound-play).

Latin Animal Proverb: Today's animal proverb is Quisquis amat ranam, ranam putat esse Dianam (English: He who loves a frog thinks that frog is the goddess Diana... and again, the charm of the Latin is in the rhyme!).

Proverbs of Polydorus: Today's proverb from Polydorus is: Mature fias senex, si diu velis esse senex (English: If you want to be old for a long time, get old early - which is to say, put a stop to your youthful exertions and ease into old age so that you can relax and enjoy it). 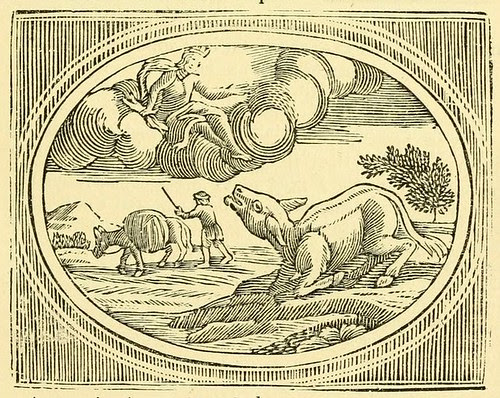