I made GREAT progress on the Magnus Aesopus book during my June hiatus, and it looks very likely that I will be able to finish that up this summer! Meanwhile, I am plotting an English version of the book, too, as you'll see from the new English-Latin fable items below.

HODIE: pridie Nonas Iulias (and yes, you can have your own Roman Google Calendar).

VERBUM HODIERNUM: Today's word is FATUM - read a brief essay about the word at the Verbosum blog. Here's one of the sayings you can find in the essay: Ducunt volentem fata, nolentem trahunt, "The Fates lead the man who is willing; the man who is unwilling, they drag."

LATIN AND ENGLISH FABLES: Here are today's fables in Latin AND English from the English Aesop project.
I've picked out my favorite one to share with you here in the blog, The Fox and the Lion in the Snare = Vulpes et Leo Irretitus.

There was a lion who had gotten caught in a snare. With all his strength he tried to snap the ropes but the more he pulled at the snare, the more tightly he was bound. A fox happened to be passing that same way and when she saw what had happened she said to the lion, "My king, you will not escape from there by force, but by ingenuity. Instead of tugging at the snare, you need to let go so it can loosen up." When the lion did what the fox advised, he was released from the snare which had bound him and thus escaped, free once again.

Tiny Mottoes: Today's tiny motto is: Semper pertinax (English: Always persevering - and since that third-declension adjective doesn't change for gender, it works for everyone).

Audio Latin Proverb: Today's audio Latin proverb is Gutta fortunae prae dolio sapientiae (English: A drop of luck rather than a vat of wisdom). To read a brief essay about this proverb and to listen to the audio, visit the Latin Via Proverbs blog. 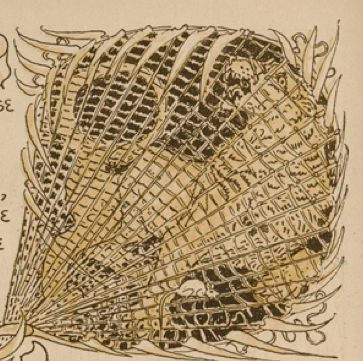