For the first week of August, I'm doing a Microfiction workshop for the Digital Pedagogy Lab, and I'm going to use that as an opportunity to explore some 100-word Latin projects that I've been thinking about. So, I'll be back with a Gesta story next week; for the next few days I'll be trying out some other things here this week.
You can find more Latin stories at Centum.LauraGibbs.net,
and more Tiny Tales at 100Words.LauraGibbs.net. 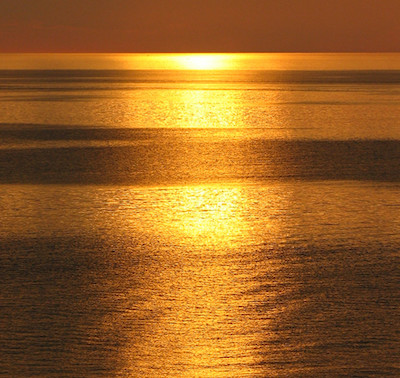 100 Words: King Midas
King Midas prayed, "O God, give me the golden touch!"
God heard his prayer.
Overjoyed, Midas touched a tree; it turned to gold. He grabbed a rock: golden! He would be king of a new Golden Age!
But the food he touched also turned to gold... and the wine, and water.
He couldn't eat gold, nor drink it. Rich and wretched, Midas shouted, "Save me, God!"
"Go to a stream," God commanded him, "and jump in."
Midas obeyed, and the power flowed out of him; even now, that stream gleams with a golden light.
Be careful what you ask for.
~ ~ ~
I decided to use the Greek mythology option as a chance to try an experiment which I'm thinking about: I'd like to retell Ovid's Metamorphoses as 100-word stories in both Latin and in English. The idea is not so much for them to be translations exactly, but instead to use Ovid's Latin poetry to inspire some Latin prose (easier for Latin students to read I hope) and also to write the episodes in English too. As you can see above, the English is not a translation of the Latin, but it follows the version of the story as told by Ovid.
I just picked a book of the Metamorphoses at random: The Latin Library / Ovid... so here I am in Book 11. A great English-language reference is Tony Kline's prose translation: Tony Kline's Poetry in Translation. Book 11 starts with the death of Orpheus (carrying on from Book 10), so I'll circle back around to Orpheus's death later (assuming I do carry on with this project). After the Maenads transform into oak trees, the story shifts to Midas.
My experience of turning Ovid's poetry into simple Latin prose was hard, but a good kind of hard, and I am happy with the result! Then, after I wrote my Latin 100-word version, I did an English version also, following along with the Latin but not exactly a translation; you can pack a lot more into 100 Latin words than you can in English.
You can find out more about King Midas at Wikipedia.
The stream where Midas supposedly washed off the golden curse was the Pactolus River, in what is now Turkey. I found this gorgeous image of "golden waters" at Flickr, thanks to the fact that Mark K. titled his photo of Lake Erie "Midas touch."
You can subscribe OR unsubscribe to the email list here: Bestiaria Latina list.
Posted by Laura Gibbs at Sunday, August 01, 2021