Happy Thanksgiving to all! The Latin word gratia is very difficult to translate into English: it means thanks and gratitude and love and so much more, including grace ("saying grace" is saying "thank you"). You might take a few minutes just to look at the range of meanings: Lewis and Short.

And here are some Gratia-Cats you can enjoy for the holiday. :-) 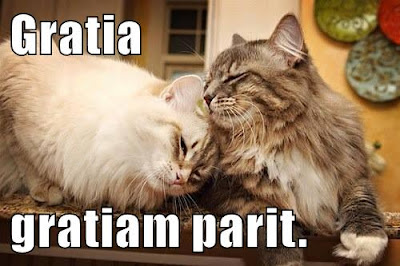 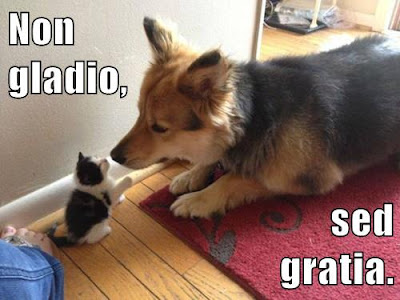 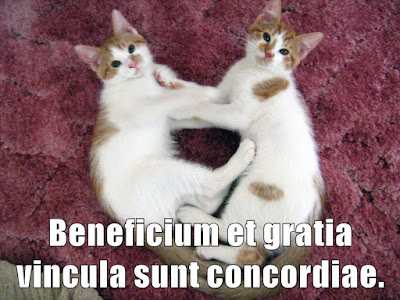 A good deed and GRATIA are the cords of unity. 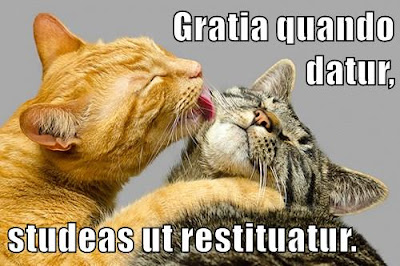 When GRATIA is given, make sure to do the same in return. 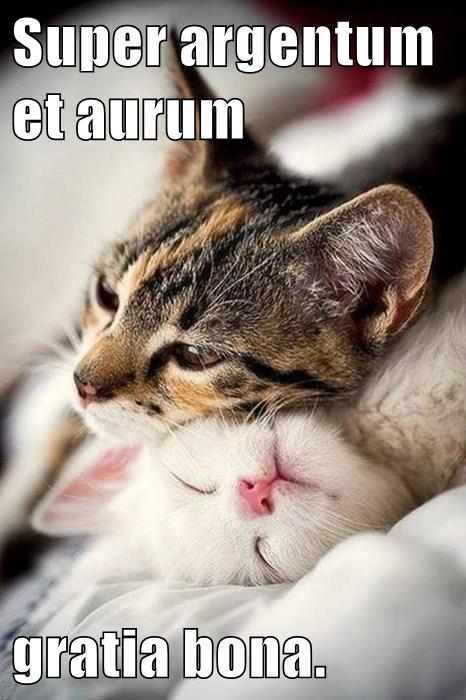 Above silver and gold, GRATIA is good. 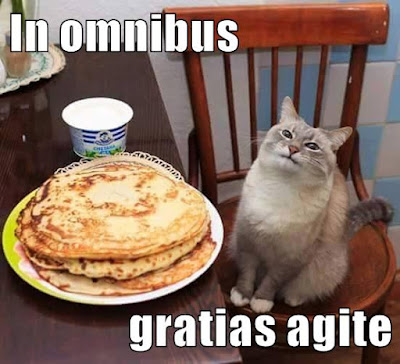 In all things, do GRATIAS.