Myths and Legends: Atlas and Heracles

Atlas and Heracles. To find out more about the Titan Atlas, see this Wikipedia article: link; for information about the image: image source.

The Titan Atlas was condemned to carry the cosmos on his shoulders as a punishment; he joined with the other Titans in their war against the Olympians and when the Olympians won that war, Zeus chose this particular punishment for Atlas. At one point, Atlas got Heracles to bear the heavens for him instead but Heracles tricked Atlas into taking the cosmos back on his shoulders again ("just for a minute," according to Heracles, who claimed he only wanted to put his cloak upon on his shoulders as padding) - and Atlas has been holding up the celestial sphere ever since.

You can recognize Heracles because he is wearing his famous lion skin: 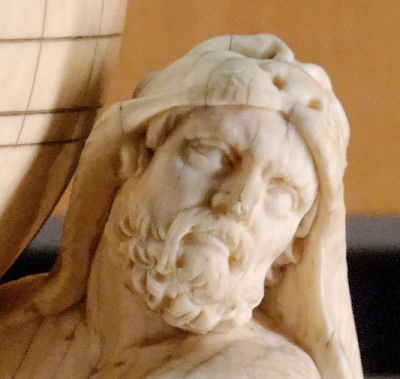 You can also find more myths and legends for the week of August 26 - September 1 here. For more information and links to the actual javascript code, see the Myths & Legends Widget Reference Page.